Final Fantasy VII Remake Has Been Delayed by One Month

Final Fantasy VII Remake has been delayed by one month to April 10, 2020.

I must say, I am not surprised a single bit by this delay. Square Enix has a history of delaying games, but rarely do they push games back by more than a few months.

Final Fantasy 15 was delayed by two months, so this isn’t a surprise at all.

One month is nothing guys! I know you’ve been waiting since 2015, so what’s one month? 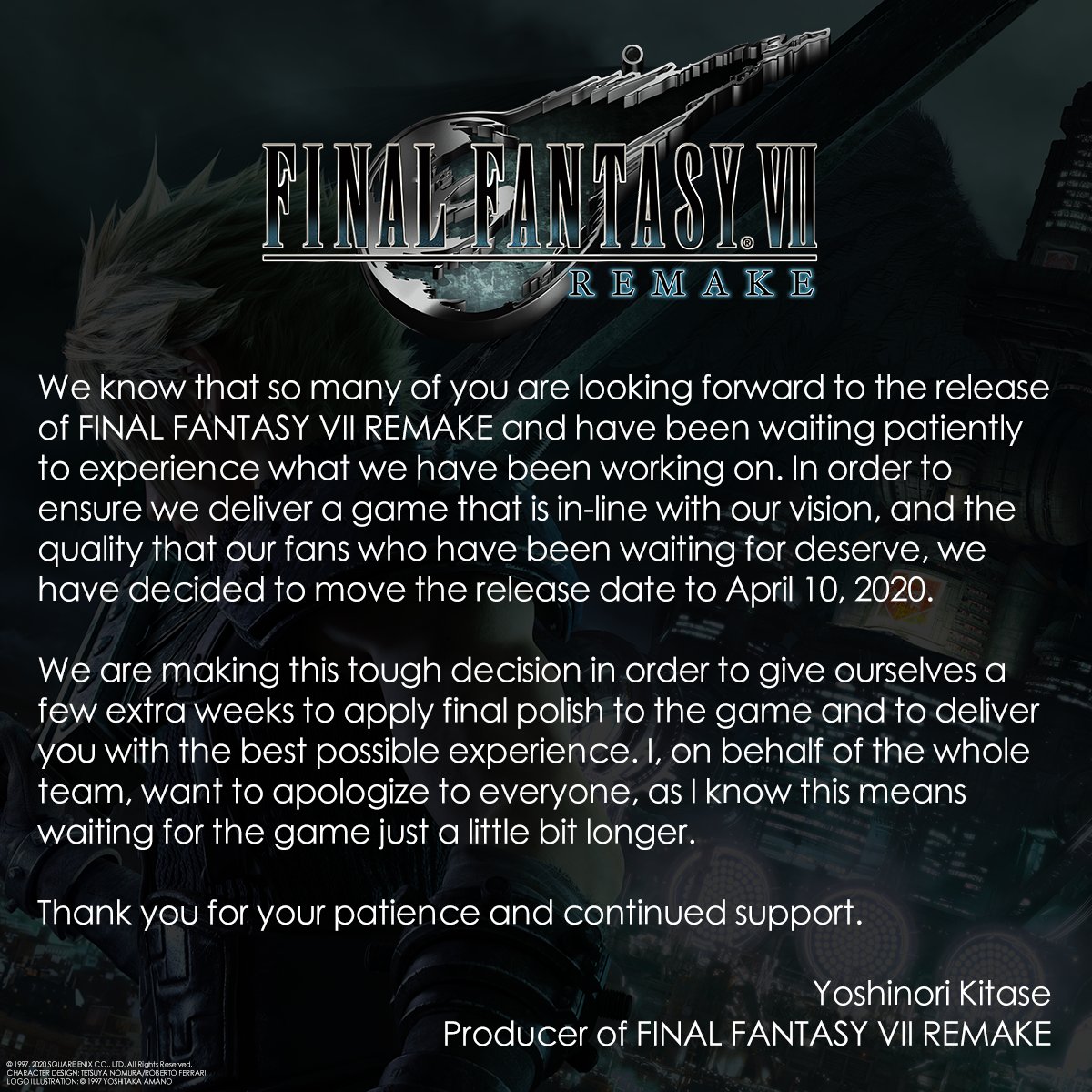 I do not have an issue with delays as long as the game isn’t pushed back a year. Delays are good since it allows the developers to deliver a polished product.

My only concern with the Final Fantasy VII Remake are the leaks. This just adds more time for additional leaks to come out, which could be devastating if the leaks are negative.

But don’t fret FF fans, this delay is not a bad thing at all. One month feels like ages when you have been waiting years. But know you will be getting a finished product with less bugs and better gameplay.